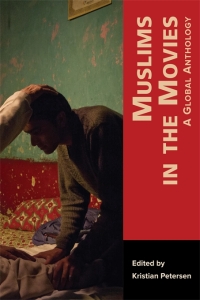 Muslims in the Movies provides a series of essays that explore the portrayal and reception of Muslims in Euro-American film, transnational productions, and global national cinemas. The volume brings together a group of internationally recognized experts to introduce Muslims in the films of Europe, North America, Australia, Iran, Egypt, North Africa, Saudi Arabia, Nigeria, India, Indonesia, and the Philippines. The interdisciplinary collection explores issues of identity, cultural production, and representation through the depiction of Muslims on screen and how audiences respond to these images. Together, the essays operate as an introduction to the subject of Muslims and film for new readers while also serving as new works of critical analysis for scholars of cinema.

“Muslims in the Movies: A Global Anthology brings together a stunning array of scholarship on the representations of Muslims around the world. From drama to romantic comedies, the chapters deftly explore themes of gender and sexuality, censorship, religiosity, conversion, and secularism. With its innovative comparative analysis of both Muslim-majority and Western societies, this is an urgent and highly original contribution to our understanding of how Muslims are represented across media cultures.” – Evelyn Alsultany, University of Southern California, author of Arabs and Muslims in the Media: Race and Representation after 9/11

“We often treat Muslims in terms of black or white, either or. This collection of essays, by some of the world’s leading scholars, throws open the door to a much wider view. It provides a tapestry that deals with the many nuances of Muslim cultures around the world, providing a global perspective on Islam.” – William L. Blizek, Founding Editor, Journal of Religion & Film

“Mainstream western cinema and storytelling play an influential role when it comes to the representation of Muslim life. Muslims in these stories are often stereotyped and depicted as outsiders. Muslims in the Movies: A Global Anthology is an exciting new collection that looks beyond this stereotype by bringing together the study of religion and film from sub-Saharan Africa to the United States. Seeking to interrogate the vexed question of Muslim identities from the African American Malcolm X to the Hausa language film industry in Kanywood, this volume will appeal to both the general reader and scholars looking to understand global Muslim communities through a cultural lens.” – Amina Yaqin, SOAS, University of London, co-author of Framing Muslims: Stereotyping and Representation after 9/11 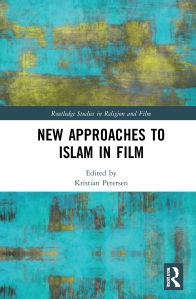 This collection of essays, from an international panel of contributors, significantly expands the boundaries of discussion around Muslims in film, asking new questions of the archive and magnifying analyses of particular cultural productions. The volume includes the exploration of regional cinemas, detailed analysis of auteurs and individual films, comparison across global cinema, and new explorations that have not yet entered the conversation. The interdisciplinary collection provides an examination of the multiple roles Islam plays in film and the various ways Muslims are depicted. Across the chapters, key intersecting themes arise that push the limits of how we currently approach issues of Muslims in cinema and ventures to lead us in new directions for future scholarship.

This book adds new depth to the matrix of previous scholarship by revisiting methodological structures and sources, as well as exploring new visual geographies, transnational circuits, and approaches. It reframes the presiding scholarly conventions in five novel trajectories: considering new sources, exploring new communities, probing new perspectives, charting new theoretical directions, and offering new ways of understanding conflict in cinema. As such, it will be of great use to scholars working in Islamic Studies, Film Studies, Religious Studies, and Media.

The Cinematic Lives of Muslims

This project explores how media makers disrupt dominant representational patterns of Muslims and Islam in French, British, and American cinema. The first section of the book outlines the dominant features in Muslim representation in French, British, and American screen cultures. These depictions are placed within the particular social historical circumstances and the changing political landscapes of each nation as they shift over the century. Section two explores how transnational Muslim filmmakers working in these national media contexts unsettle these patterns by broadening the cinematic possibilities. Special attention is given to the social context of media production including filmmakers self-identified motivations and intentions, community activism, networks of training and support, and film festivals. The final segment of the book explores the role of Muslim movie stars in dismantling these images and diversifying the legibility of Muslims in the public.